We have developed a methodology to make early warnings of malaria transmission using HYDREMATS.  Early warnings of malaria transmission are an important component of malaria control, as they allow local officials to prepare for or even prevent epidemics by reallcoating limited resources including staff and medication, conducting vector control activities, and urging people at risk to take precautions to avoid insect bites.

HYDREMATS is forced by observed rainfall until the date the prediction is made.  Rainfall information at any given time will give information about mosquito populations in the near future, as there is a natural lag time between rainfall and the resulting water pools and emerging mosquitoes. 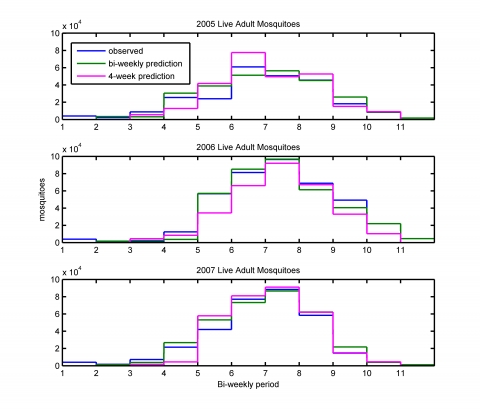 The results from the two-week simulations correspond well to the number of mosquitoes captured in the field. 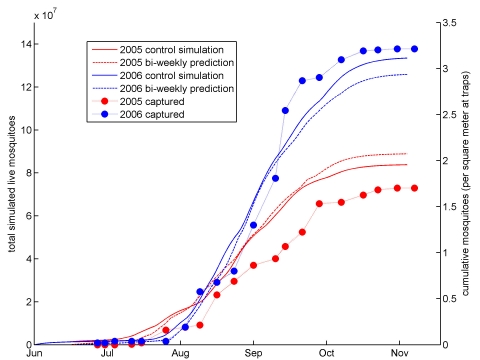