Climate is known to be a strong influence on malaria incidence. But other environmental factors, such as the existence and management of a reservoir, also contribute to malaria transmission.

In 2011, the Eltahir Research Group launched a new project based in Ethiopia with two field sites: one adjacent to the Koka Reservoir, Ejersa, and the other 12 km from the reservoir, Gudedo. In Ethiopia, millions of people are reported to become infected with malaria every year. Furthermore, a previous study found that malaria incidence in populations living within 1 km of the Koka reservoir was nearly 20 times greater than for those living 5 to 9 km away. Due to the need for additional energy sources and irrigation water, Ethiopia is now promoting new constructions of dams and reservoirs. 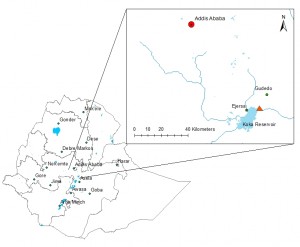 Map of Ethiopia: The Koka Reservoir is located at the center of Ethiopia. Ejersa is adjacent to the reservoir, and Gudedo is about 12 km away.

Therefore the goals of this research project are to investigate the impact of these environmental factors on mosquito productivity and to help inform good decision-making for reservoir management in an effort to reduce local malaria. The HYDREMATS (HYDRology, Entomologi, and MAlaria Transmission Simulator) has been modified to simulate the hydrological system influenced by a reservoir and nearby mosquito ecological system.

Our field observations have confirmed that the climatological conditions are similar in the two field sites. However, the observed mosquito population size has been distinct from each other.

Satellite images of the field sites and our field settings.

The HYDREMATS was applied to the two field sites. The preliminary results show that the model was able to capture the dynamics of hydrology and mosquito populations around the reservoir. 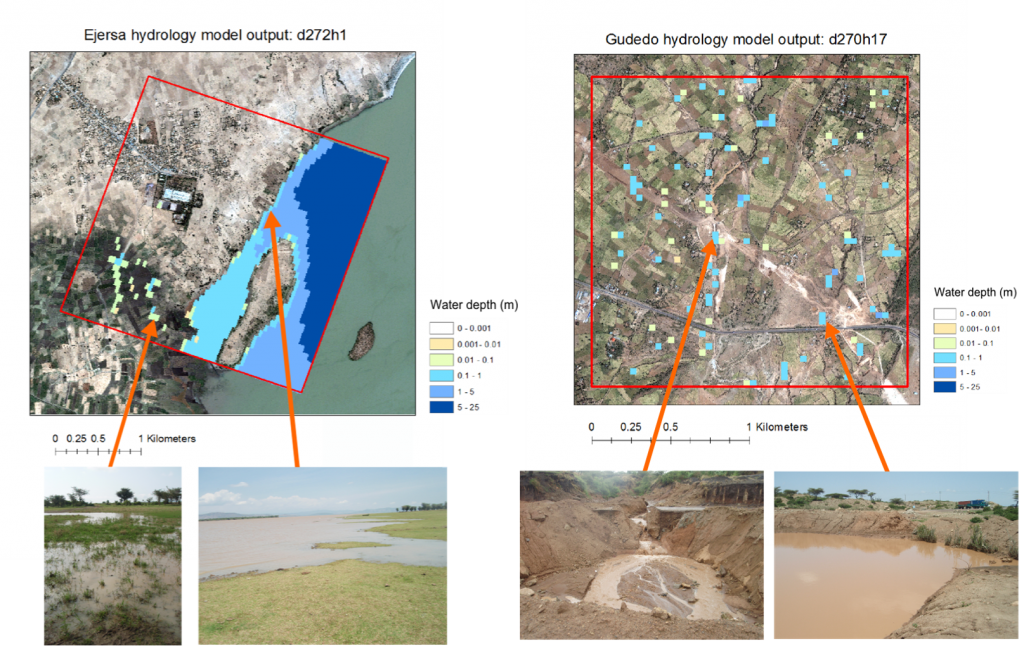 Simulated water-bodies in the HYDREMATS